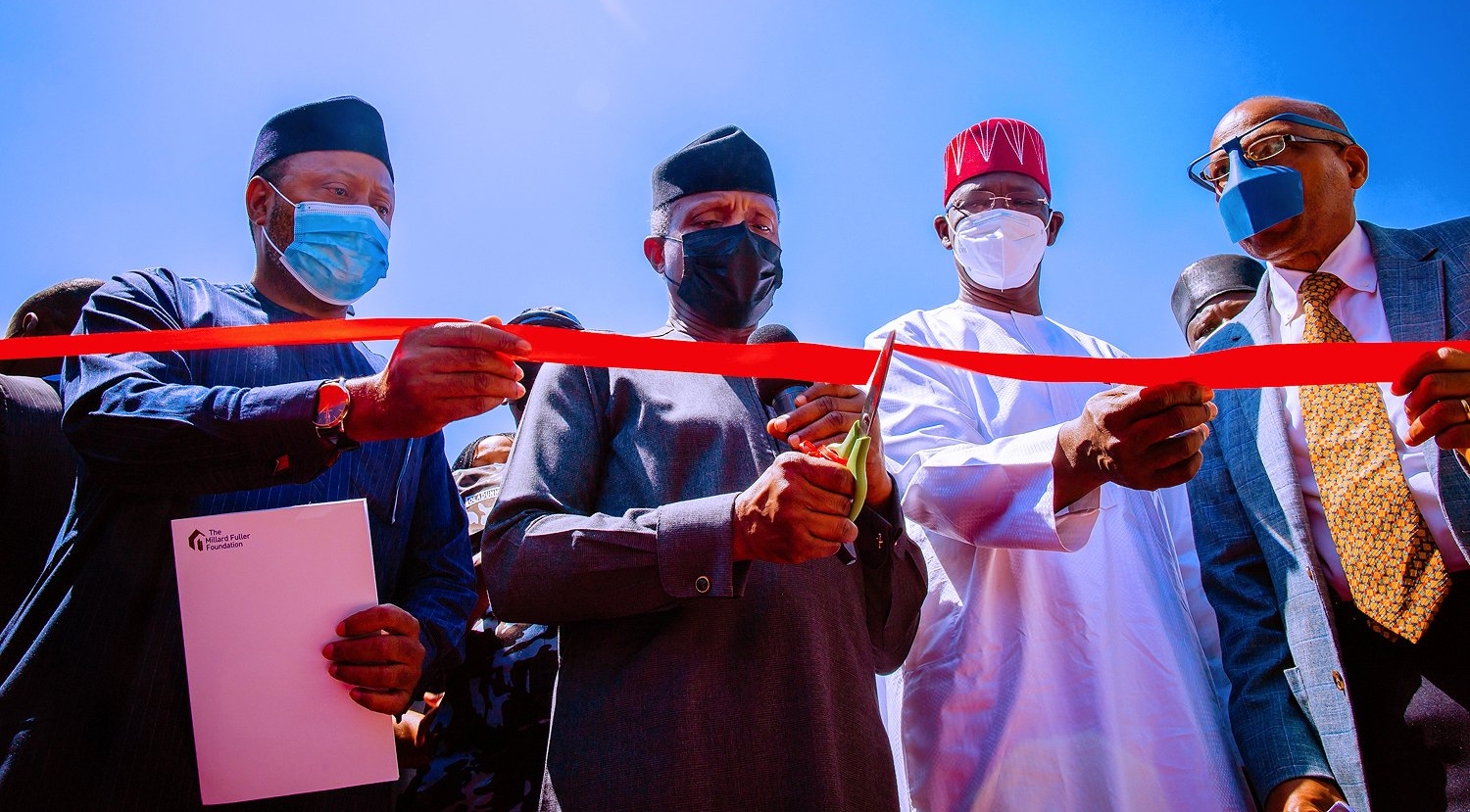 Received by the Executive Governor of Nasarawa State, Engr. Abdullahi Sule, and the CEO of the Millard Fuller Foundation, Sam Odia, the visit provided an opportunity to dedicate Millard Fuller Foundation’s 1,000th house, while also unveiling the Fuller One Million Naira ($2,500) incremental ‘shell’ house, a research project aimed at providing simple, decent and affordable homes for the low-income earner, and to let the world know that a home can be built if the right structures are in place.

In his speech, Osinbajo noted that many households are faced with the dilemma of survival between food and inadequate shelter. 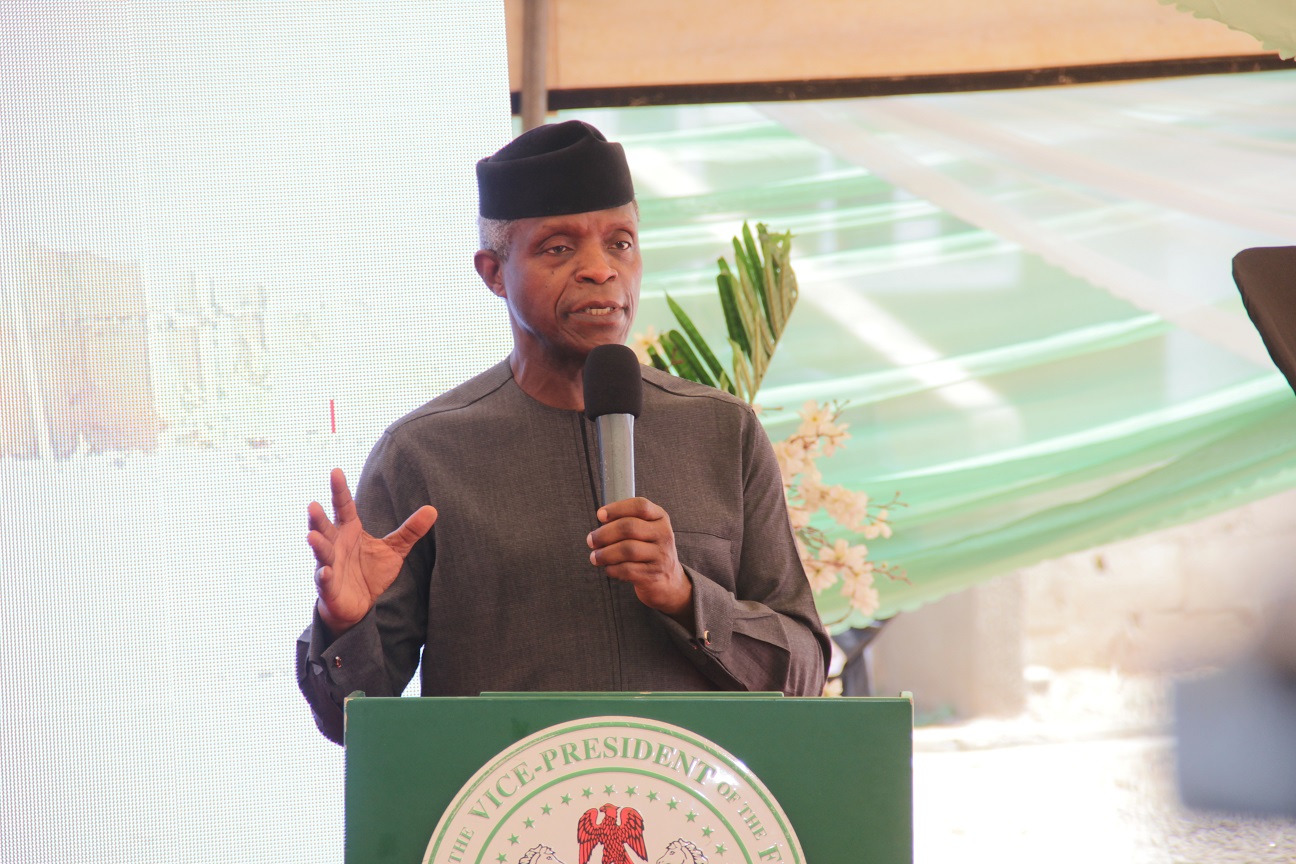 He further stated that the government aims to address inadequate housing in the country and that the President Muhammadu Buhari-led administration remains determined to build a nation where low-income earners have the dignity of a decent home and livelihood.

While describing the commissioning as a watershed event in the important work of providing housing for Nigerians who need it most, he noted that the challenge of inadequate or no-housing undermines the quality of life of many Nigerians.

The Executive Governor of Nasarawa State, Engr. Abdullahi A. Sule, who also spoke at the event, thanked the Vice President for finding the time to commission the project and “to share in the joy of the beneficiaries, especially those of the Fuller Foundation”, describing the gesture as a demonstration of the Vice President’s care for the people. 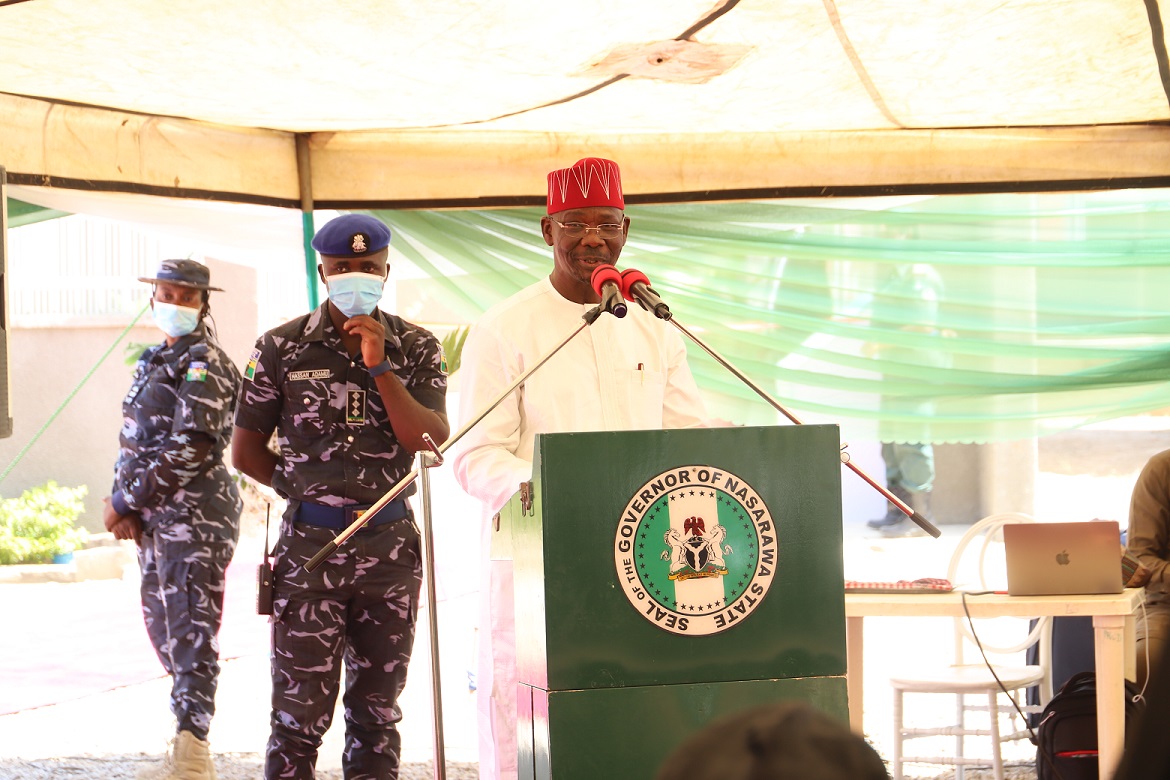 The Governor also commended the effort of the Federal Government to find solutions to the challenge of affordable housing and gave assurances that the State Government is committed to fixing the access road in the community. This comment was received with wild jubilation by those present.

Earlier, the Chief Executive Officer of MFF appreciated the Vice President for making time to commission the project. He described the Vice President as a “man of his word, and a man who has a heart for the poor”. He then noted that the path to building MFF’s 1,000th house had been largely made possible through partnerships with individuals and organisations, notable among them being The Fuller Center for Housing Inc. (USA), Reall Limited UK (formerly Homeless International), Selavip International (Belgium), Family Homes Funds Ltd. (Nigeria) and the GIZ who has provided substantial support for capacity development & skills training. The Federal Government’s N-Power programme has also designated MFF an official building skills training centre. 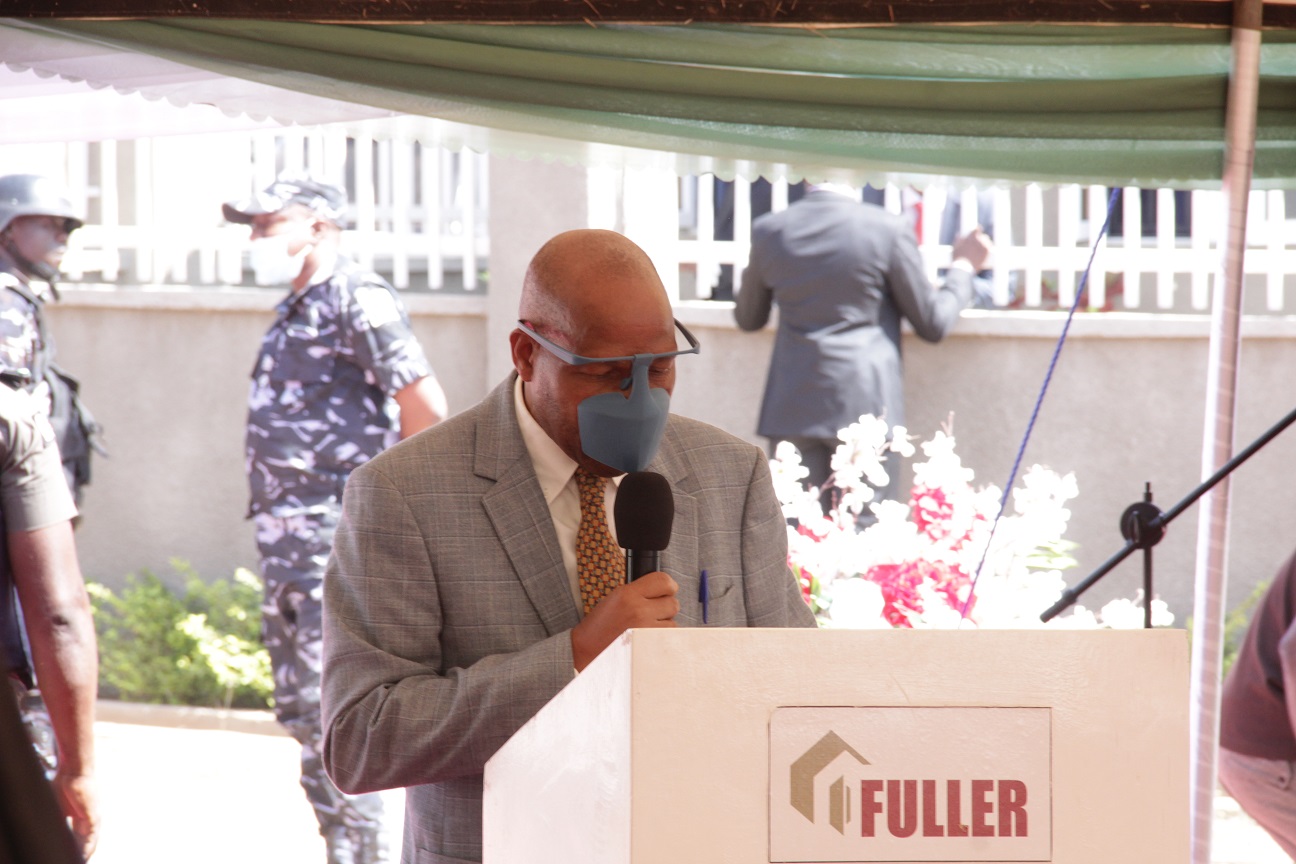 The CEO of the Millard Fuller Foundation, Sam Odia

The chairman of the Board of Trustees of the Millard Fuller Foundation, Pastor Solomon Yero, also noted that the organisation has been working hard to improve the affordable housing market: “While it took us almost 10 years to build our first 100 units with grant funding, it only took us another five years to build 1,000. With a combination of grants and loans in the next five years, we hope to have built another 10,000 housing units at the very least.” 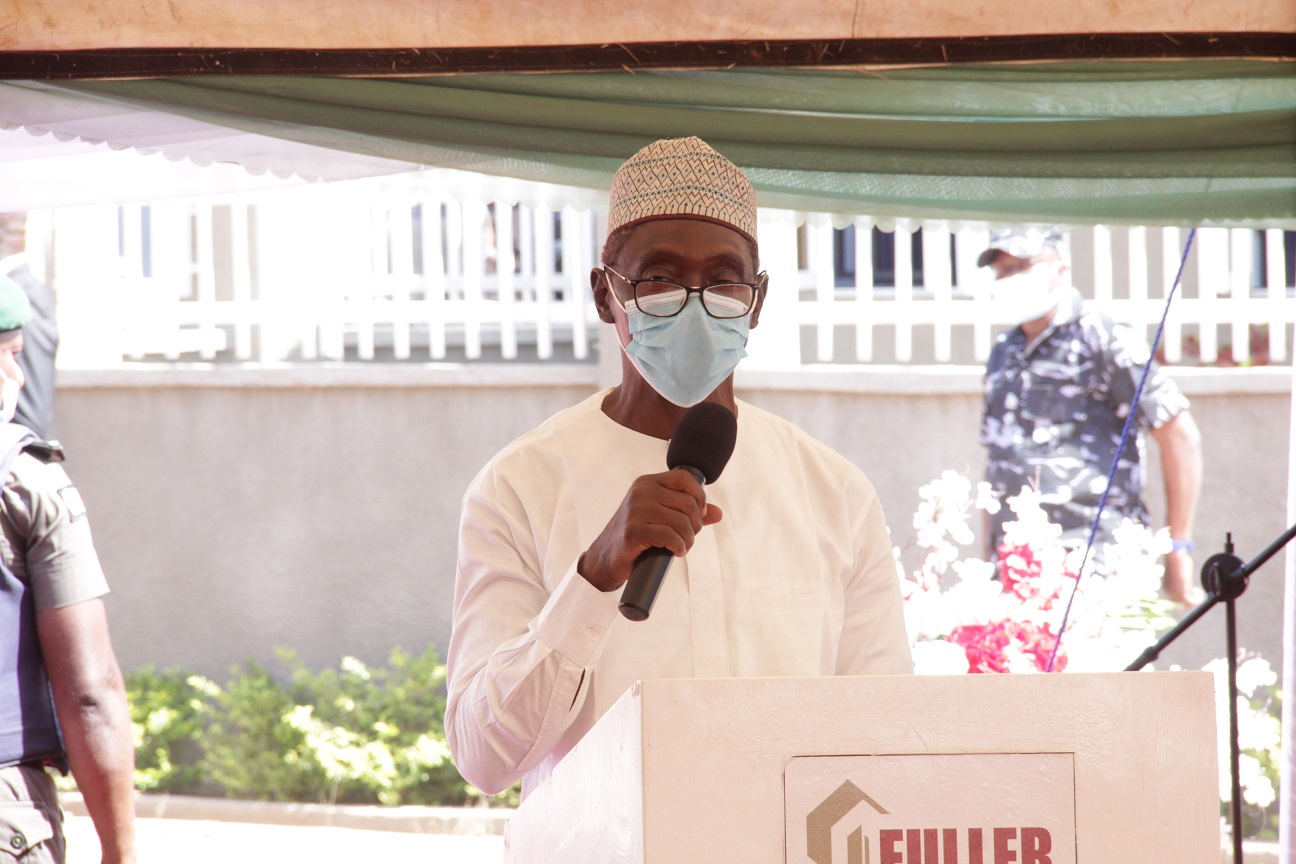 The chairman of the Board of Trustees of the Millard Fuller Foundation, Pastor Solomon Yero

Founded in 2006, the Millard Fuller Foundation has been working at the forefront of more inclusive, energy-efficient, climate-smart housing for low-income Nigerians.

It is important to note that MFF’s housing projects have consistently been adjudged ‘most affordable’ in Nigeria and have directly benefited thousands of people. In 2019, the highly respected Johannesburg-based Centre for Affordable Housing Finance (CAHF) recognised homes built by MFF as the lowest-priced by a private developer across the entire African continent!

A cross-section of the audience

70% Of Nigerians Belong To The Bottom Mass Market